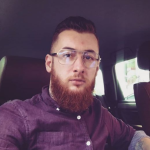 Jonathan Reinink, has announced that Inertia.js – SSR (Server Side Rendering) is in early access and has support for Vue 2, Vue 3, and React.

🚀 After months of development, I am thrilled to announce that @inertiajs SSR (server-side rendering) is now available in *early access* to our sponsors!

🔥 It already works in Vue 2, Vue 3 and React, and we’re working on Svelte support.https://t.co/zZSl3iESiS pic.twitter.com/2DEY39KMGv

If some were sceptics when it comes to Inertia.js for SEO reasons, now, with SSR capabilities + the inertia head component that was recently announced, all of those problems are solved.

Until now, Inertia.js apps were rendered on the client-side using frameworks like Vue, React or Svelte. Now, with SSR support, you can have your pages rendered server-side on the first-page load. Here’s how server-side rendering works in Inertia, explained by Jonathan Reinink:

1. A request comes into your server-side framework

Your requests and responses are still fully managed by your server-side framework of choice. Your routes, middleware, and controllers prepare the Inertia response, just like a normal Inertia app.

2. Inertia makes a request to a local Node SSR server

Right before your app sends the full page response to the browser, Inertia takes the page object for that response and sends it via HTTP to a local Node SSR server.

3. The Node SSR server renders the page component as HTML

Using the page object that was provided, the Node server knows what Vue/React/Svelte page component to render, and which props to pass it. It then returns the rendered HTML back to your app.

4. Your app inserts the pre-rendered HTML in the response

Now that your app has the pre-rendered HTML for the page, it can include it in the HTML response sent to the browser. When the client-side framework boots, it is able to “hydrate” the server-side rendered HTML, instead of re-rendering the whole page.

If you want to give it a try you can check out the demo app Jonathan put together or if you want to try it on your machine, you should be a sponsor. Here are more details:

This feature is currently in early access, and is only available to our sponsors. To gain access to this feature now, please support this project financially by becoming a sponsor. 🧡

I think it’s worth sponsoring Jonathan’s work not only to get access to the Inertia SSR but in this way you support his efforts of making your development experience a pleasant one.

My name is Marian Pop, I’m a freelance web developer based in Transylvania, Romania. I use Laravel daily whether it’s for my personal projects or client work. More about me on mvpop.co.uk. I also tweet at @mvpopuk.

“The purpose of software engineering is to control complexity, not to create it.” - Pamela Zave

📊 As you may know we recorded the entire https://testing-laravel.com course twice: a @phpunit and @pestphp flavour

Now that we have a good sample size, we were wondering which flavour was the most popular

Both flavours have about 50% of all views. It’s a tie!